The Natal Sharks Board – Where All The Research Is Done! 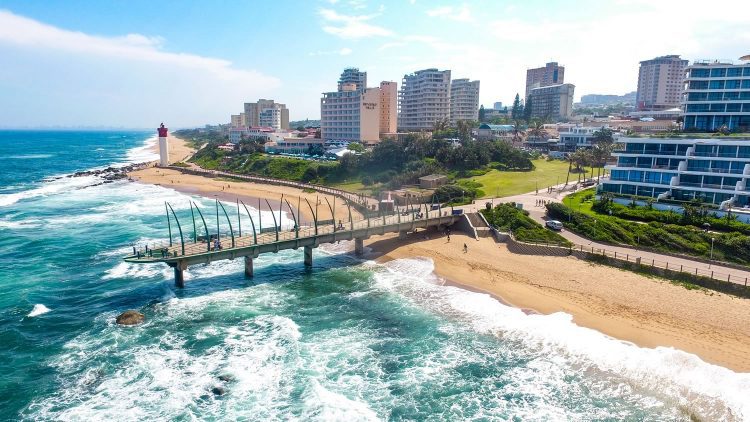 The Natal Sharks Board is the only organisation of its kind in the world. Situated in Umhlanga Rocks, it a unique place to visit where you can actually take part in the shark research.

With over 40 years of experience in prevention of shark attacks and research on sharks, the Natal Sharks Board is a must-see during your holiday in Durban.

Besides maintaining shark nets that protect 38 localities and 320km of coastline, the Natal Sharks Board also does extensive research on shark attacks.

Did you know that South Africa is the first country to protect the great white shark by law?
The Natal Sharks Board is currently investigating alternatives to shark nets, e.g. keeping bathers and sharks separate at popular swimming sites using electrical shark barriers; equipping surfers and divers with a device that creates a protective electrical field around them.

Take your family the Natal Sharks Board where you and the kids can learn all about one of mankind’s most feared creatures. There is a 25 minute audio-visual presentation on the sharks’ role as a predator where you can pick up some interesting tips, for example
Did you know?

After this presentation you can witness a shark dissection by one of the expert marine biologists.

Another thing that you must take a look at during your visit to the NSB is the display hall with a wide variety of lifelike replicas of sharks (including an 889kg Great White shark!).
The particularly adventurous can also book a seat on the 12 passenger boat and travel with the NSB workers as they go and service the shark nets at sea.

During your stay in Durban, you’d need to stay at a place close enough to reach all these interesting facilities. Book yourself into Casa Playa No 5, only 15 minutes from the Natal Sharks Board.

At Casa Playa No 5, you will have a magnificent view over the sea where the creatures of the ocean roam freely. With four spacious rooms and a modern kitchen, you can give your family to the luxury accommodation they deserve on vacation. For more information, contact us today